« Why Naming Beneficiaries Is Important to Your Estate Plan | Main | Is It Better to Inherit Stock or Cash? »

James Brown Estate Battle Resolved … Almost, but Not Quite 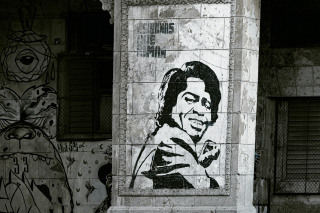 “For more than a decade, Brown’s heirs and estate administrators, including Mr. Bauknight and Adele Pope, a former executor, have battled in court over the value of his estate.”

A company specializing in buying and marketing estates and song catalogs has bought the assets of James Brown’s estate, including music rights, real estate and control over Brown’s name and likeness. It is hoped that the sale, worth an estimated $90 million, will finally achieve Brown’s wishes to finance scholarships for needy children, according to a recent article from The New York Times titled “After 15 Years of Infighting, James Brown’s Estate is Sold.”

The money will be used to endow the Brown scholarship trust in perpetuity, said the accountant who has served as the Brown estate’s executor since 2009. The deal includes a provision for the buyer, Primary Wave, to also contribute a percentage of future earnings to the scholarships, intended for children in South Carolina, where Brown was born, and Georgia, where he grew up.

This is a step forward in one of the longest and most contentious estate conflicts in the high-profile world of celebrity estates. Multiple lawsuits in state and federal courts have cost millions in legal fees and left behind what one official described as “As big a tangle as you’ve ever seen.”

Part of the mess centered around Ms. Tommie Rae Hynie, a singer who married James Brown in 2001. It was later learned she was already married to another man. With her spousal status unclear, Ms. Hynie and five of Brown’s children battled over the estate. Their goal was to set aside his will and negotiate a settlement of their own to receive big chunks of the estate.

They found a willing listener in a state attorney general and a state judge who approved their agreement in 2009. However, four years later, the South Carolina Supreme Court struck down their settlement, calling it “a dismemberment of Brown’s carefully crafted estate plan.” It also ruled unanimously that Ms. Hynie was not Mr. Brown’s legal spouse.

Brown’s heirs and several executors have also fought over the estate’s value. One estimated it as $5 million, while another put it at $84 million. The discrepancy was claimed to be a result of savvy management of the estate after Brown’s death.

Negotiations for the sale were handled by John Branca, who was Michael Jackson’s longtime attorney and one of the executors of Jackson’s estate.

However, it’s not over yet. For one thing, the longstanding battle between two executors, Mr. Bauknight and Ms. Pope, removed as executor in 2009, isn’t over. She is suing the estate; he and others have filed suit against her. These cases are under appeal and until they are settled, or a court decision is made, no distributions can be made and no scholarships can be paid.