« What are the Advantages of a Testamentary Trust? | Main | What are the Basics of a Successful Estate Plan? » 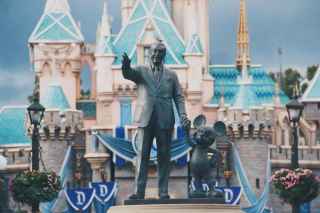 “An appellate judge dubs probate court ‘the Unhappiest Place on Earth,’ as Disney heir Bradford Lund has lost an appeal stemming from his fight to claim his fortune.”

Bradford Lund, Walt Disney’s adult grandson, lost an appeal in a battle with a Los Angeles probate judge who appointed a guardian ad litem without a hearing and rejected a proposed settlement that would have given Lund a $200 million inheritance, says this recent article “Walt Disney’s Grandson Loses Appeal in Fight for $200M Inheritance” from The Hollywood Reporter. Despite its decision, the appellate court described the probate court’s behavior as “troubling.”

In 2020, Lund filed a lawsuit in California federal court arguing that his due process was violated when a County Superior Court judge rejected a settlement reached by family members and trustees. The judge appointed a guardian ad litem, even though an Arizona judge had determined that Lund was not incapacitated and another judge in California stated that Lund had the capacity to choose new trustees.

The lawsuit was later amended to include a claim under the Americans With Disabilities Act because in the 2019 settlement, Judge Cowan had stated that he would not give 200 million dollars to someone who may suffer, at some level, from Down syndrome.

Six months later, a U.S. District judge dismissed the matter. During the appeals process, the Superior Court discharged the guardian ad litem and granted Lund’s request for a new judge.

The 9th Circuit Court of Appeals affirmed the dismissal, finding that most of Lund’s claims had become moot, as a result of the judge recusing himself and removing the guardian ad litem. The panel also held that, while the judge’s statements were inappropriate and without factual basis, they were protected by judicial immunity.

It may be small comfort to Lund, but the 9th Circuit judge criticized the probate court and acknowledged his frustration with the system. The district judge no longer serves in probate court, although no connection between his departure and the Lund matter was recognized by the 9th District.

Regarding the ADA claim, the panel of 9th Circuit judges says that judges must remain completely independent, and subjecting judges to liability for grievances of litigants would compromise that.