Delaying Social Security during COVID can Be Risky 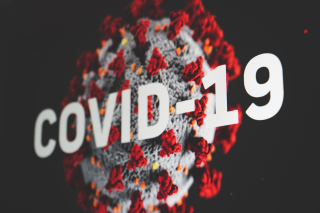 “The Covid economy has pushed a lot of older workers into early retirement. However, hold off on taking those government checks.”

Putting off claiming Social Security until age 70 is one of the best financial strategies for American workers, but only 4% of people born between 1943-1947 were able to wait that long. According to a recent article titled “Forced to Retire? Don’t Claim Social Security Just Yet” from Bloomberg, the pressure to claim Social Security earlier than anticipated is especially great now.

Claiming benefits before age 70, when benefits reach their maximum, means permanent cuts for you, your surviving spouse and any dependents. Over the years, Congress has cut Social Security benefits by raising the retirement age and gradually increasing monthly benefits, if workers wait until age 70. For people born after 1960, who are 61 years old in 2021, monthly benefits increase by a little under 7% per year between ages 62 and 70. That’s a healthy rate of return.

Delaying is the best option, but it’s not always the most comfortable one. People worry about dying early, about the Social Security system collapsing, or massive cuts being made to Social Security. Economists know that most people believe they will die sooner than the mortality tables predict.  While there are plenty of articles about how Social Security will become insolvent, there are just as many articles saying it won’t.

She could also keep working at a low-paying job and be helped by a new law that expanded the Earned Income Tax Credit to childless low-pay workers. Even if the job is low paying, it will help extend her retirement account, until she can maximize her Social Security. While Social Security benefits are based on 35 of a worker’s highest-paid years, it is good to avoid “zero income” years.

Even delaying Social Security for a few years, can have an important impact for workers and their dependents.