How to Maximize Social Security Benefits 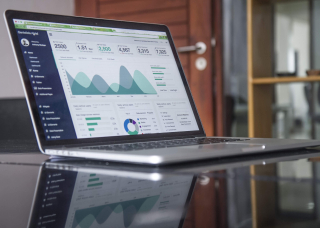 “Sophisticated analyses take into account the tradeoff of receiving no income during the deferral period and more income later in retirement.”

Claiming Social Security benefits early costs American households an average of $68,000 in lost wealth. More than a third of Americans claim Social Security at age 62, and two thirds claim long before they reach their Full Retirement Age or FRA, according to a recent article in Think Advisor titled “How to Help Clients Maximize Social Security Benefits.”

People who don’t have enough retirement savings or who stopped working earlier than anticipated may feel they have no alternative but to take Social Security benefits early. This is understandable. There are also those who don’t believe Social Security will be solvent by the time they reach FRA and decide to get their benefits now.

A closer look into the impact of postponing benefits, even when there is no income during the deferral period, can have a profound impact on the recipient and their surviving spouse.

Women (who statistically outlive their male partners) and healthier Americans (often those with higher incomes) who receive the annual income increase from deferring claims are those who stand the most to lose from taking benefits earlier.

If you are among those who think Social Security is going to vanish or cut benefits, Boston University economics professor Larry Kotlikoff says the income of those who claim early will be cut by the same percentage as those who claim later.

Getting the claiming decision right can add six figures to the family balance sheet, so it’s worth a closer look.

It’s best to think like an insurance company when estimating the value of claiming Social Security. When pricing products like annuities and life insurance policies, insurance companies take into account such variables as U.S. government Treasury bonds, actuarial data measuring mortality and market rates on returns on other inflation protected securities.

Social Security claiming strategies succeed when using an objective fact-based process and recognizing that Social Security is an asset like any other asset and requires decisions to be made with as little emotional or political bias as possible.