« Is it Better to Have a Living Will or a Living Trust? | Main | What are the Stages of Probate? » 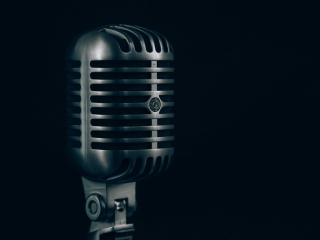 The IRS said that the singer’s estate owed more than $7.8 million in unpaid income taxes, plus interest, plus penalties, from the last seven years of her life. There’s no lack of drama in the Queen of Soul’s estate mess, but the IRS has been the most relentless creditor, as reported in the article “Aretha Franklin estate reaches deal with IRS to pay off claimed $7.8 million tax debt” from the Detroit Free Press.

This is actually a big breakthrough for Franklin’s four sons. The agreement will not only speed up the payment of the remaining tax burden, but it will also give the sons some money from their mother’s fortune. They could not receive any money from the estate, until this part of the IRS negotiations were resolved.

A petition was filed in Oakland County Probate Court on February 19 by the estate, which is why the details are public. The proposed arrangement includes an immediate $800,000 payment to the IRS, although the estate still maintains that the overall balance owned is not what the IRS claims.

Since Franklin’s death in 2018, the estate has been paying on the tax debt and the interest, while appealing the agency’s claimed total. As of December 2020, that balance was $4.75 million.

The new filing says that the final IRS bill will be determined, either by an agreement being reached or litigation in court.

This deal also maps out how Aretha Franklin’s posthumous income will be allocated, until the tax debt is settled. The document is backdated to January 1 of this year, and includes new income from song royalties, licensing agreements and the other money streams that are part of celebrity estates.

The agreement says that 45% of quarterly revenue will go towards the existing IRS balance, and another 40% will go into an escrow account to handle future taxes on the newly generated income, with 14% used to manage the estate. There will be immediate $50,000 payments to each of the four sons, and other quarterly cash payments may be authorized in the future.

No less than ten attorneys were involved, representing the sons. The agreement was submitted by Reginald Turner, a Detroit attorney who is also the incoming president of the American Bar Association. He was appointed last year as a temporary personal representative of the Franklin estate.

The family is waiting for a judge to approve the order.

Aretha Franklin died in 2018, after a long battle with pancreatic cancer. As her estate proceedings have continued, her career and her life have continued to stay in the public’s eye with high-profile musical celebrations, television commercials and film projects.

All of the posthumous work generates income, all of which will continue to be taxed. An estate plan could have saved the four sons from so much of the publicity, emotional stress, legal fees and taxes.