« Baseball Champion Sues Daughter-In-Law, denies having Dementia | Main | There Is a Difference between Probate and Trust Administration »

Social Security and Medicare and the Impact on Retiree Taxes 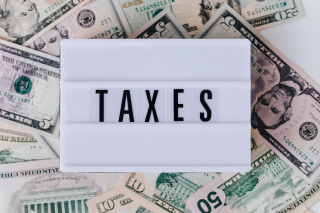 “Medicare has a series of income limits that trigger increasingly higher payments for retirees. And it’s not just the rich who are affected.”

A 70% increase in Medicare premiums to $559 was a complete surprise to a woman who became a single taxpayer when her husband died. She felt like she was being punished for being a widow, she said in a recent article titled “Retirees, Beware These Tax Torpedoes” from Barron’s. With a 2018 modified adjusted gross income of $163,414, a combination of required minimum distributions, Social Security and her husband’s pensions, she went from being in the third-highest Medicare bracket into the second highest Medicare bracket. All it took was $414 dollars to exceed the $163,000 limit.

This is not the only tax trap awaiting unwary retirees. Lower- and middle-income taxpayers get hit by what’s commonly referred to as “tax torpedoes,” as rising income during retirement triggers new taxes. That includes Social Security income, which is taxed after reaching a certain limit. The resulting marginal tax rate—as high as 40.8%—is made worse by a Medicare surtax of 0.9% on couples with taxable income exceeding $250,000. Capital gains taxes also increase, as income rises.

It may be too late to make changes for this tax-filing year, even with a three-month extension to July 15. However, there are a few steps that retirees can take to avoid or minimize these taxes for next year. The simplest one: delay spending from one year to the next and be extra careful about taking funds from after-tax accounts.

What hurts most is if you’re on the borderline of a bracket. Just one wrong move, like selling a stock or taking a distribution, puts you into the next bracket. You need to plan carefully.

One thing that won’t be a concern for 2020 taxes: required minimum distributions. While many retirees get pushed into tax traps because of taking large RMDs, the emergency legislation passed in response to the coronavirus crisis (the CARES Act) eliminated RMDs for this year.

However, the RMDs will be back in 2021, so now is a good time to start thinking about how to avoid any of the typical tax torpedoes. RMDs used to start at age 70½; the SECURE Act changed that to 72.

If you don’t need the money from an RMD in 2021, one workaround is to take it as a qualified charitable distribution. That avoids triggering higher taxes or higher future Medicare premiums. The administrator of the tax-deferred account needs to be instructed to make a donation directly to a charity.

An even better strategy: take steps long before Medicare income limits or tax torpedoes hit. If you can, live on after-tax savings, Roth IRA accounts or inherited money. Spend that money first, before tapping into tax-deferred accounts. You can then take advantage of being in a lower tax bracket to convert money from tax-deferred money to convert to Roth IRAs.

Another story of a tax hit that was avoided: a man with an income of about $80,000 prepared to take $4,000 from a tax-deferred account for a vacation. The couple’s normal top tax bracket was 12%, but they hit the income limit on Social Security taxes. The $4,000 in additional income would have caused $3,400 in Social Security income to be taxed, making his marginal tax rate 22.2% instead of 12%. With the help of a good advisor, the couple instead took $3,000 from a Roth IRA and sold a stock position for $1,000, where there were practically no capital gains generated.

Incomes at all levels can be hit by these tax and Medicare torpedoes. A skilled advisor can help protect your retirement and Social Security funds.