What Is a ‘Survivorship’ Period? 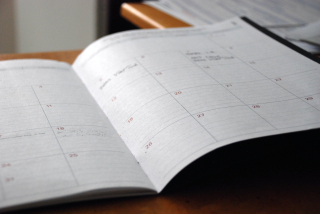 “Survivorship periods don’t usually surpass 60 days. If this period surpasses 120 days, it could put the tax-free estate transfer of assets to a surviving spouse at risk.”

A survivorship clause in a will or a trust says that beneficiaries can inherit, only if they live a certain number of days after the person who made the will or trust dies. The goal is to avoid situations where assets pass under your beneficiary’s estate plan, and not yours, if they outlive you only by a short period of time. While these situations are rare, they do occur, according to the article “How Survivorship Periods Work” from kake.com.

Many wills and trusts contain a survivorship period. Most estates won’t rise to the level of today’s very high federal estate tax exemption ($11.58 million for an individual), so a long survivorship period is not necessary. However, if the surviving spouse must wait too long to receive property under the will—six months or more—it might harm their eligibility for the marital deduction, even if they are made in a qualifying trust or an outright gift.

Even if a will does not contain a survivorship clause, many states require one. Some states require at least a five-day or 120-hour survivorship period. That law might apply to beneficiaries who inherit property under a will, trust or, if there is no will, under state law. This usually does not apply to those who are beneficiaries of an insurance policy, a POD bank account (Payable on Death), or a surviving co-owner of property held in joint tenancy. To learn what states have a set of laws, known as the Uniform Probate Code or the revised version of the Uniform Simultaneous Death Act, speak with a local estate planning lawyer.

For an example, let’s say Jeff dies and leaves his estate to his sister Judy. Jeff has named his favorite charity as an alternative beneficiary. Jeff’s assets would normally go to his sister Judy. They would only go to his favorite charity, if Judy were not alive at the time of his death. However, if Jeff dies and then Judy dies 14 days later, Jeff’s assets could go to Judy’s beneficiaries under the terms of her will. The charity, Jeff’s intended beneficiary, would receive nothing.

The family would also have the burden of dealing with not one but two probate proceedings at the same time.

However, if a 30-day survivorship clause was in place, the assets would pass to his favorite charity, as originally intended. Jeff’s estate plan would be carried out, according to his wishes.

These are the types of details that make estate planning succeed as the estate owner wishes. Having a complete and secure—and properly prepared—estate plan in place is worth the effort.