The SECURE Act and Your Retirement 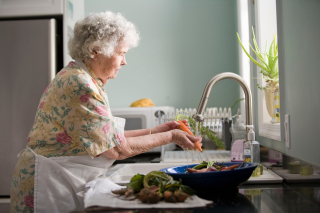 “While most of us had stockings and menorahs on our minds, President Trump on Dec. 20 signed the Secure Act that makes the most significant changes in retirement accounts we’ve seen in years.”

For anyone who has saved a high six- or seven-figure balance in their retirement accounts, the SECURE Act will definitely affect their retirement plans. That includes 401(k)s, 403(b)s, and other workplace plans, as well as traditional IRAs and Roth IRA accounts. The article “How the new Secure Act affects your retirement” from the Daily Camera provides a clear picture of the changes.

Stretch IRAs are Curtailed. Anyone who inherited an IRA (traditional or Roth) from a parent before 2020, may take Required Minimum Distributions (RMDs) from those accounts over their own life expectancy. Let’s say a parent died when you were 48—you could stretch those distributions out over the course of 36 years. This option gave heirs the ability to spread income and the taxes that come with the income out over decades—with little distributions having little impact on taxes. If you inherited a Roth IRA, you could benefit from its tax-free growth over your entire lifetime.

All that’s changed now. A non-spousal heir (other than one who is disabled, chronically ill or a minor child) now has ten years in which to take their distributions. They have to pay ordinary income taxes on the amount they take out, over a far shorter period of time. Newly inherited Roth IRAs have the same rules, but usually there are no taxes due. If a minor inherits an IRA, once they reach the age of majority, they have ten years in which to take their distributions.

A Small Break for Required IRA Distributions. Until the SECURE Act, retirees had to start taking their RMDs out of IRAs soon after turning 70½. The new age for taking RMDs is now 72 for those who are younger than age 70½ at the end of 2019. This won’t alter the plans of most retirees, since they usually start taking those distributions well before age 72 to cover expenses. Roth IRAs have another benefit: they continue to escape distribution requirements, unless they are inherited.

No Age Cap for Traditional IRA Contributions. Workers may now continue to contribute funds into a traditional IRA at any age. Before the SECURE Act, workers had to stop contributing funds once they turned 70½. Note that you or your spouse are still required to have earned income to put funds in a traditional or Roth IRA.

Other Changes. There are many more changes from the SECURE Act and thought leaders in the estate planning community will be reviewing and analyzing the law for months, or perhaps years, to come. Some of the changes that are widely recognized already include the ability to withdraw $5,000 penalty-free from retirement plan accounts per newly born or adopted child, although in most cases, income tax will need to be paid on the withdrawal.

Section 529 educational savings accounts can be used, up to a lifetime limit of $10,000 per student, to pay off student loans. In most states, this will be considered a non-qualified withdrawal and state income taxes will be due, but at least the money can be used for this purpose.

Lastly, there are new tax credits available to smaller companies that set up new retirement plans, and there are new rules regarding including part-time employees in company sponsored 401(k) plans.

The changes from the SECURE Act, particularly regarding the loss of the IRA Stretch, have created a need for people to review their estate plans, if they included leaving large retirement accounts to their children. Speak with your estate planning attorney to ensure that your plan still works.