« Failure to Act on a Will Can Lead to a Loss of an Estate | Main | Preparing for the Inevitable: The Loss of a Spouse »

What Does the Movie “Knives Out” Teach Us About Estate Planning? 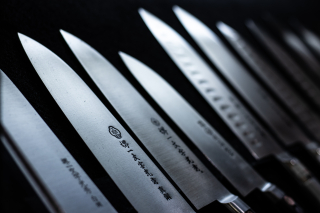 “One of the most dramatic scenes in the movie, is the gathering of the Thrombey Family at their father’s estate to hear the reading of the will.”

One of the recent surprise hit movies has been the murder mystery Knives Out, with a star-studded cast that includes Jamie Lee Curtis, Daniel Craig and Chris Evans.

Forbes’s recent article “What The Movie ‘Knives Out’ Gets Right (And Wrong) About Estate Planning,” says that the crux of the story is a topic most Americans wouldn’t find exciting–the world of estate planning, unless the estate planning involves the wealthy. Spoiler Alert: there are spoilers below!

In the movie, the patriarch of a wealthy family, Harlan Thrombey (Christopher Plummer) is found dead. Just before his death, he changed his estate plan. The movie takes viewers through some twists and turns to see who might be responsible for his death. However, there are also some key scenes that address estate planning concepts, such as contesting a will, undue influence and the slayer statute. These are issues moviegoers might want to know about for their own estate plans.

One of the most dramatic scenes in the movie is the gathering of the family at their father’s home for the reading of the will. In a library, the attorney sits behind the patriarch’s desk and reads the document. The importance of this scene is highlighted, when Daniel Craig’s character explains that the will reading is really a performance of “a tax return by a community theater.”

However, the filmmakers have taken some liberties because the “reading of the will” doesn’t actually happen in real life. It’s a dramatic and pivotal scene in the movie, but don’t expect it when someone dies. Although the reading of the will is also more fiction than fact, there are some things are very real in the estate planning world.

When things don’t go well for the Thrombey children in their father’s estate plan, the family immediately thinks about contesting the will. This has become increasingly common because of an increased willingness by people to challenge estate plans. This is due in part to us living longer.  Frequently estate plans aren’t updated to address changes in the family. In cases where the testator has dementia or is otherwise incapacitated, there is also a chance of undue influence. The usual result of a contested will is some type of settlement.

Again, a common claim in a will challenge is for undue influence. In the movie, when Marta the caretaker becomes the sole beneficiary, this concept is bandied about by the Thrombeys when talking about a will contest. Undue influence is a legal concept that can be used to invalidate a will, trust, or legal instrument. It occurs when a vulnerable individual is persuaded to change his or her estate plan, and the persuasion and influence rise to the level where the victim is unable to freely exercise his or her independent will.

In the film when undue influence fails, the Thrombey family turns to the concept of the “slayer statute.” This law stipulates that a person can’t inherit if they intentionally killed the deceased. While this concept makes for good filmmaking, it’s also an actual premise in estate law.

The movie Knives Out gets a lot right about estate planning correct, such as will contests, undue influence and slayer statutes. So, enjoy the picture!

Reference: Forbes (December 18, 2019) “What The Movie ‘Knives Out’ Gets Right (And Wrong) About Estate Planning”