Social Security Service May Be Improving 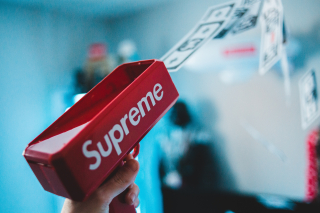 “If you’ve ever experienced a long wait to get help from the Social Security Administration, the agency has some good news for you: the pace is about to pick up a bit.”

Congress has made so many cuts to Social Security in the last ten years, that the agency has had to close field offices and make staffing cuts that have led to backlogs in many areas. This has included long delays on an 800-number and a huge backlog of people applying for disability insurance claims. However, change is on the way, reports Next Avenue in the article “Expect a Little Better Service from Social Security Soon.”

The agency will also hire more than a thousand new employees to work on the national 800-number and in processing centers, where the paperwork gets handled. More hires will also be made later in 2020.

The question of how the Social Security Administration will pay for the new hires and the additional hours of service is not yet clear, since Congress has not yet authorized funds to pay for this. Between 2010 and 2019, after adjusting for inflation, the agency’s budget has been cut by 11%. At the same time, the number of Social Security beneficiaries has grown by more than 16%. The House appropriations bill for 2020, as it stands now, will barely allow the agency to keep up with inflation. The Senate’s bill would cut the agency’s budget.

Saul is the first confirmed commissioner since 2013. All others since 2013 have been “acting” commissioners. He has the discretion to move funds, but it’s not clear exactly how his changes will be funded.

No government agency touches as many lives as the Social Security Administration. This year, the agency will pay more than a trillion dollars in benefits to 69 million Americans. As Boomers age, the expectation is that beneficiary rolls will increase by 43% over the next two decades.

It’s a budget crisis that experts say should not exist at all. The budget is funded through the same payroll taxes that fund benefits. Workers and employers share a 12.4% tax. Social Security benefits were removed from the federal budget under legislation enacted in 1990, but administrative costs are counted because of an interpretation of the legislation by the Office of Management and Budget. Since the Budget Control Act was passed in 2011, the SSA budget has been competing with other federal priorities.

Three former Social Security commissioners wrote to Congress this past summer, urging them to fix the budgeting process. This was an unusual step, but it’s going to take a lot more to get Congress to act.