« Remaining Even and Fair in Estate Distribution | Main | What’s Better, A Living Trust or a Will? »

Are Taxes a Good Reason to Relocate in Retirement? 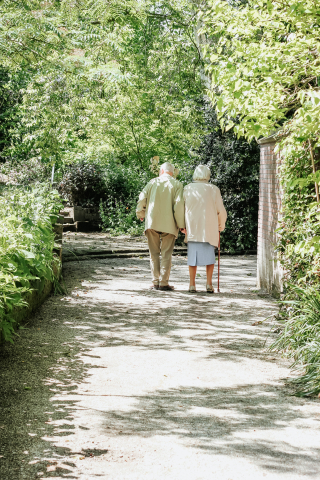 “Relocating for retirement and trimming the budget line for taxes are among the many tasks preretirees and retirees have on their to-do lists.”

There are states where taxes are lower than others. However, if you plan to move to a state that has low tax rates or tax breaks designed to help older residents, make sure to look at the entire picture, advises the article “Should You Relocate to Trim Taxes in Retirement?” from Kiplinger.

Especially now that tax reform has put the kibosh on the federal deduction for state and local income taxes (SALT), seniors preparing to leave the workplace are feeling the tax pain more than ever before.

There are some savings to be had by moving from a high-tax state to a low-tax state. If you live in a state like New York or California, and move to Florida, you’ll definitely enjoy the fact that Florida has no state income tax.

However, a quick fix isn’t always the solution. If you move to Dallas or Seattle, your property taxes will take a skyward leap. If you end up flying back to your hometown several times a year, how much will you be saving? If you continue to earn income in the state you leave behind, you’ll need to pay non-resident taxes. Not paying could cost a hefty sum.

There are other costs associated with relocating. High-tax states, including New Jersey and Connecticut, are actually doing their best to make it hard to leave, imposing tax surcharges or tax prepayments on high-end homeowners who relocate. You’ll need to be extra detail-oriented about establishing residency in your new home state, from signing up with a new network of healthcare providers to joining a local neighborhood group. High tax states have become super-aggressive about investigating former residents. Just keeping a pocket diary of the dates you live in another state or saving receipts from E-Z-Pass to document your travels won’t be enough. You’ll really need to cut ties with your old state.

Losing that SALT deduction has meant that people who might have stayed in a high tax state in the past, are heading for the exit.

Moving can be financially beneficial, even if you’re not in a high-tax state. If retirement income is limited to a pension and IRAs, moving to a lower cost state can give you a pay raise. For one New Jersey resident, the realization that two months of property taxes in New Jersey would cover his entire year of property taxes in Florida was all the impetus he needed to set his sights on the Sunshine State. By moving South, he’s also getting rid of state tax payments.

There are several bills in the U.S. House that might raise or eliminate the SALT deduction cap. That cap is scheduled to expire, along with other provisions of the 2017 Tax Cuts and Jobs Act after 2025.

If you do move to another state, remember that each state has its own estate laws. Therefore, you’ll want to be sure to meet with a local estate planning attorney to be sure that your will, power of attorney and other documents are valid in your new home state.

Reference: Kiplinger (Oct. 28, 2019) “Should You Relocate to Trim Taxes in Retirement?”