Do Annuities in 401(k)s Work for Retirement Income? 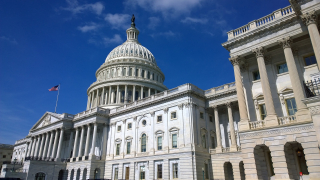 “Proposed U.S. legislation would make it easier for employers to offer annuities in 401(k) retirement plans that provide retirees fixed payments for as long as they live.”

The role of annuities in retirement planning is one aspect of the Secure Act that was passed by the House in May and is still awaiting a vote in the Senate. The Secure Act is supposed to make retirement better for communities, as is implied in its name—The Setting Every Community Up for Retirement Enhancement Act. But, says Barron’s “Annuities in 401(k)s Won’t Solve the Retirement Crisis. Here’s Why.”

Annuities are legally allowed in 401(k) plans. However, they are found in only about 10% of the many 401(k) plans offered to employees. Americans hold $8.2 trillion in employer sponsored defined benefit contribution retirement plans (as of the end of March 2019), and $5.7 trillion is in 401(k) accounts.

Employers have been reluctant to offer annuities in retirement plans, mainly because of liability issues. They are concerned that employees might sue their companies, if the insurance company in the plan goes out of business or fails to pay claims, for whatever reason.

An immediate annuity turns a lump sum of money into a stream of payments right away, while deferred annuities provide payments at a designated date in the future. The advantage of an annuity is that they offer investors a guarantee of income for the rest of their lives and it removes the risk of market fluctuations. The general consensus about annuities is that they are very expensive, with high commissions and fees that take big bites out of the benefits. It must be said that there are also low-cost annuities.

One concern about the language in the Secure Act is that it is overly broad. It would easily allow an employer to offer high-cost annuities. The provision applies to all annuities. Some are more accessible and better understood by the average consumer. However, there are others that are complex financial instruments, with high costs, which may not be understood by everyone.

The Consumer Federation of America and the Center for Economic Justice are two associations that have sent a letter to the Senate seeking to change some of the language of the bill. They want to see it revise the definition of annuities to include only “simple fixed annuities” and not variable and fixed-indexed annuities that are focused on accumulation. Another point is to add a requirement that employers review the financial well-being of the insurance companies, before choosing to allow their employees to purchase financial products from the companies.

Many people are also watching the provision regarding the change to the ability to stretch IRAs distribution for non-spouse beneficiaries. Some say the best bet right now is to wait and see what the final version of the legislation is, at which point many people will need to review their estate plans for determining the best way to pass assets to the next generation, while minimizing costs and taxes.