Leaving a Legacy Is Not Just about Money 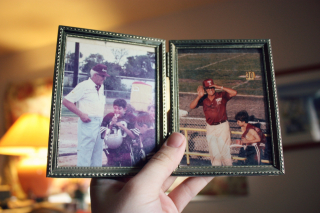 “Leaving a legacy—sounds like something only wealthy people can do, right? It can be something like making a giant bequest to a university or passing on a significant estate to your children.”

A legacy is not necessarily about money, says a survey that was conducted by Bank of America/Merrill Lynch Age Wave. More than 3,000 adults (2,600 of them were 50 and older) were surveyed and focus groups were asked about end-of-life planning and leaving a legacy. The article, “How to leave a legacy no matter how much money you have” from The Voice, shared a number of the participant’s responses.

While everyone needs to have their affairs in order, especially people over age 55, only 55% of those surveyed reported having a will. Only 18% have what are considered the three key essentials for legacy planning: a will, a health care directive and a durable power of attorney.

The will addresses how property is to be distributed, names an executor of the estate and, if there are minor children, names who should be their guardian. The health care directive gives specific directions as to end-of-life preferences and designates someone to make health care decisions for you, if you can’t. A power of attorney designates someone to make financial decisions on your behalf when you can’t do so, because of illness or incapacity.

An estate plan is often only considered when a trigger event occurs, like a loved one dying without an estate plan. That is a wake-up call for the family, once they see how difficult it is when there is no estate plan.

Parents age 55 and older had interesting views on leaving inheritances and who should receive their estate. Only about a third of boomers surveyed and 44% of Gen Xers said that it’s a parent’s duty to leave some kind of inheritance to their children. A higher percentage of millennials surveyed—55%--said that this was a duty of parents to their children.