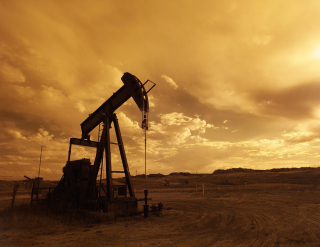 “Denver oil tycoon Jack Grynberg won’t get a penny for the years he spent building a billion-dollar empire for his family, after they fired him following a protracted court battle, a judge has ruled.”

Three companies that manage the vast holdings of Grynberg were put into the family’s name and not his own, in an effort to protect his vast wealth from creditors, estate taxes and even kidnapping or extortion attempts. The tycoon took a minimal salary throughout the years by choice, says The Denver Post’s article “Denver oil tycoon Jack Grynberg not entitled to $400 million in back pay in family feud, judge rules.”

Grynberg didn’t anticipate that his now ex-wife and children would take over the companies that he created, built and ran. His attorney said that his children had made no contributions to these companies and have now received about $1 billion that he had earned, while Grynberg has kept less than $5 million for his 25 years of hard work.

Meanwhile, the attorney representing his three adult children and ex-wife reportedly said the judge’s decision confirms that they were within their rights, when they acted to assert control over the oil and gas companies. They say that they did so to protect the companies and their father’s legacy.

The case centers on the argument that Grynberg, 87, wasn’t the same as he was when he battled major oil conglomerates and foreign governments with accusations of cheating and wrongdoing. It was through the extensive use of the courts that Grynberg built his fortune. A Holocaust survivor and graduate of the Colorado School of Mines, Grynberg said he put his family’s name on the companies, with the understanding that he would maintain control of the business during his lifetime.

In February, an Arapohoe County jury disagreed with that and said the family owned the companies and could fire Grynberg whenever they wanted. That is what the family did. Grynberg asked for back pay of about $400 million.

The family didn’t know that they had the legal right to fire him until 2016. Prior to that time, he had complete control of the companies. When a family member had an opinion or disagreed with him, he’d refuse the request. When all was well, the family was fine with this arrangement. However, as he aged and his decisions became more questionable, the family decided it was time to take control.

The judge maintained that Grynberg was a brilliant businessman, describing him as “very astute and calculating in all of his business decisions.” In other words, when he gave control over to the family, he knew exactly what he was doing.

Sadly, the battle has resulted in Grynberg being estranged from his children and divorced from his wife, Celeste, now 83. But all is not lost. He still owns half of his ex-wife’s 25% ownership in one of the companies.