What Will the SECURE Act Do? 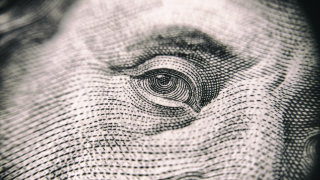 “The retirement income crisis has spurred Congress into action. Both the House and Senate introduced bills earlier this year which would provide U.S. workers with expanded opportunities to participate in employer-provided retirement plans.”

The numbers for most Americans entering retirement are not encouraging, with one in three retirees having no money left at the end of the month and needing to dip into savings to pay monthly bills, according to Next Avenue’s article “Will the SECURE Act Really Bring Retirement Security to Older Americans?” With record numbers of retirees declaring personal bankruptcy, little or no pensions, and out-of-pocket medical expenses that have become unmanageable, retirement has lost much of its golden glow.

For the 75 million boomers and the Generation Xers who follow, the retirement income crisis has gotten Congress to act together, an unusual occurrence in these divisive times. Both the House and Senate have introduced bills that would provide American workers with expanded opportunities to participate in employer-sponsored plans.

The House Ways and Means Committee has unanimously passed a bipartisan bill, The SECURE Act: “Setting Every Community Up for Retirement Enhancement.” This bill incorporates provisions from the Senate bill RESA (Retirement Enhancement and Savings Act of 2019). Together, RESA and SECURE are the most sweeping retirement legislation, since the Pension Protection Act was passed in 2006.

The SECURE act is a complex bill. For our purposes, we’ll focus on four key components.

How much financial security will SECURE actually provide? It depends on who you are. If you are in good health, with a stable work and a financial cushion, it may help you. However, if you are living paycheck to paycheck, there’s not much here to crow about.

Lower income Americans, especially those with physically taxing jobs, tend to have shorter work lives, exiting the labor market in their 60s or younger, because of health problems. Giving them more time to invest and draw benefits may not have much of an impact on their retirement finances.

The ability to contribute 5% more to a 401(k) or participate in a plan set up by a small business may be appealing, but it only works for those who have the money to participate in the first place.

The most promising aspect of the SECURE act is the opportunity to be enrolled in a plan for part-time and temporary workers. More Americans now work part time. Many of them are women caring for children or parents or retirees who returned to work, because they needed the cash flow.

Another positive aspect is the small business that benefits from setting up a plan that automatically enrolls employees in a plan. If contributions are set to a default of 3%, with the ability to opt out or increase the amount, that may get people who would otherwise not save at all the ability to set something aside for their retirement.