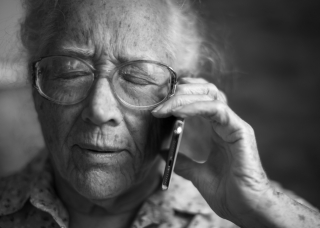 “Among the hottest telephone scams in the United States right now is the ‘Someone Stole Your Social Security Number’ ploy.”

The volume of calls being made by scammers and the sheer audacity of their demands, seems to have reached record highs. This past December, the Federal Trade Commission issued a warning about the Social Security scam, noting that they have received more than 35,000 complaints. The calls keep coming in, as reported by AARP Bulletin in the article “How Social Security Scammers Tried to Swindle a Fraud Expert.”

The typical scam starts with a robocall that says that an enforcement action has been executed by the U.S. Treasury against your Social Security number, and that ignoring this would be an intentional attempt to avoid appearances before a judge for a federal criminal offense. The tone is very serious, and it’s a convincing script. A phone number is provided, so that people can call someone to help avoid being arrested.

One security expert put the scammers through their paces, calling the number and going through the process, with false names and account information, to learn first-hand how the scam operates.

The sophistication and calm demeanor of the scammer works well. The security pro gave a fake name, and his “file” was found immediately on the scammer’s system. He also provided a fake address and a fake Society Security number. Somehow the scammer confirmed all this information.

The scammer told the security expert that law enforcement agencies had found fraudulent bank accounts and crimes including money laundering, drug trafficking, and IRS scams linked to them. The expert was asked to confirm ownership of the 25 bank accounts, with a stern question: “Do you own these accounts, yes or no?”

The question is meant to cause fear and confusion. It works. When the security expert pretended to be flustered by the question, the scammer’s tone became helpful and kindly. He just needed to know exactly how much money his victim had and the numbers for the bank accounts. In that way, he would be able to help identify which of the accounts were real, and which were fake.

Once the supposed victim gave phony account numbers and told the scammer he had more than $85,000 in one of his bank accounts, the tone changed to attack mode. They told the security expert how many crimes there had been and how many federal counts there were against him. The possibility of 30 years of prison time was emphasized. There was another stern question, asking “Do you accept all of these allegations under your name?” The tactic makes an unsophisticated or frightened person feel, as if they are being scolded by an authority figure.  It works many times.

The scammer’s tone then shifts to that of a kindly friend, offering an opportunity to make things right. Part of that is the request for the caller to give the scammer the phone number for Social Security and the authority for the scammer to “clear his name.” The scammer even told his alleged victim that there are a lot of scams out there, and he didn’t want him to be a victim!

The alleged victim was told to go to the bank, withdraw all his money, and convert it to “government-certified bonds.” This was followed by a discussion of “government-certified stores” like Apple, Walmart, Target, CVS, as the source for gift cards. The “bonds” would never leave the victims hands. He just had to give the scammer the serial numbers on the cards, so they could “update your file.”

That’s where the money goes. The balances on the cards are transferred by number to the scammer’s accounts. The victim goes to the bank to “deposit” the cards, as they have been directed to do by the scammer, only to learn that they are worthless.

At this point, the security expert hung up, only to be called back more than a dozen times. He had learned what he needed to know, and now you do too.

When a robocall comes in, hang up. The government never demands payment in gift cards. If there was a warrant out for your arrest, there would be a police officer or federal marshal at your door, not on the phone. Unfortunately, many people, particularly seniors, do fall prey to these scams. This is why they continue. Be on guard, because even smart people are taken by these Social Security scammers.