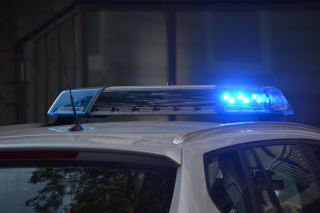 “When a man claiming to be a Suffolk cop called Rosemarie O’Rourke and said her grandson was in big trouble, she'd been grieving the death of her husband two days earlier—an easy target for a scam artist.”

Authorities are warning vulnerable seniors about phone scammers, who call and claim to be police officers, IRS agents and other government officials. One woman received a call just days after her husband died and his obituary was published in a local newspaper, reports Newsday in the article “Nassau, Suffolk police warn of phone scammers posing as officials.”

She was told that her grandson had been arrested and charged with possession of illegal drugs. To get him out of prison, the caller directed her to buy $8,000 in gift cards from a national electronics store. Frightened, the woman did as she was instructed, and gave the man the personal identification numbers on the cards when the man called her back.

Only afterwards did she realize that the man had gotten her name and her grandson’s name from her husband’s obituary. Embarrassed by her failure to realize it was a scam, she decided to speak out in the hopes it would prevent another vulnerable senior from falling victim.

Seniors are being warned to be wary of these kinds of con artists. Unfortunately, the scams are successful and that’s why they continue. Swindlers typically call victims and tell them they must take action immediately, or something very bad will happen. They sound like they mean business, and often the phone numbers that appear on the screen seem to be from a government agency. The phone numbers have been “spoofed”—altered to appear to come from a legitimate place. However, it’s all a scam.

Authorities say that many victims who are targeted are elderly, because they may not be aware of how much detailed information can now be obtained by strangers. When the caller uses their name, or names of other family members, the victim believes the call is from a legitimate agency.

However, here’s a key point: No government agency calls to demand payment in gift cards.

If the caller says they are calling from the local police station, hang up, call the local precinct to verify if the caller really works there. The same goes for utility companies or any other company allegedly threatening to turn off services. You should also note that the IRS never makes phone calls about overdue tax bills.

Anyone who receives such a call, regardless of their age, should immediately hang up.