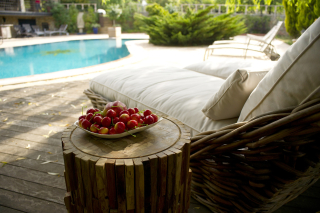 “These upscale communities offer a continuum of care from independent living to failing health, allowing people to age in one place for a relatively fixed price, but with amenities common in exclusive hotels and high-end cruise ships.”

Billions of dollars are being invested in housing for aging boomers, and that includes luxury communities for those who can afford a five-star resort lifestyle. The potential market is enormous, reports The New York Times in the article “Boomers Create a Surge in Luxury Care Communities.”Industry estimates say about 15 million people have saved enough to afford private continuing care, and these people expect a high level of service and surroundings.

There are now nearly 2,000 Continuing Care Retirement communities, or C.C.R.C.s, with about 700,000 residents. Many require entrance fees and monthly charges that cover services, food and care. The average age of people entering these communities are in their early 80s, and they tend to stay for seven to 10 years.

The upscale segment of C.C.R.C.s are not for the budget conscious, with entrance fees for one community starting at $1 million for a two-bedroom bungalow, and monthly charges of more than $6,000. Demand is high at this community, where the occupancy rate is 100% and there’s a waiting list.

What is the challenge, when money is not an issue? The contracts. The contracts can be complicated, there is no federal regulation or oversight and only 38 states have regulations, which vary from state to state.

In some communities, portions of the entrance fees are returned to the resident’s estate upon death or are refunded when people leave. However, some of those fees are not returned, until the units are sold. There has also been litigation over refund policies. In New Jersey, state law now requires operators to issue refunds in the order that units are vacated, and not when they are sold.

Given the complex nature of the contracts, the size of the purchase and the varied laws, it is recommended that potential occupants work with an elder care attorney to review any contract.

C.C.R.C.s have existed for decades, first as faith-based organizations created them to house and support widows. Over time, they have evolved into communities for people who have a vision for how they want to live in retirement.

The luxury sector of C.C.R.C.s was smaller in the past, but experts say that as demanding customers—baby boomers—age, they will drive the market.

Most Americans do not have this level of resources. However, for those who do, it’s also recommended that they enter the communities while they are still healthy enough to enjoy all of the amenities, make new friends and build a new life.