« What Happens After You’ve Completed Your Estate Plan? | Main | What Happens When You Stop Saving for Retirement and Start Spending? »

Power of Attorney or Family Member: Who Signed the Arbitration Agreement? 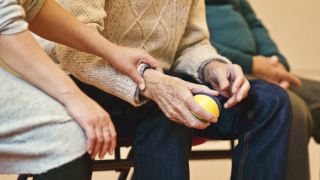 “The daughter of a deceased dementia patient will not have to submit to arbitration in her wrongful death lawsuit against a Huntsville, Alabama nursing and rehabilitation center, following an Alabama Supreme Court opinion issued earlier this month.”

Being named as a loved one’s power of attorney is a serious responsibility and does not just concern the ability to pay bills or handle financial investments when someone is incapacitated or when they die.

The woman, Rhonda Stephan, was a personal representative of her father, the late Bobby Gene Hicks, and signed an arbitration agreement when he was admitted to a nursing home. This is something that many family members do, since it is part of many nursing home’s admissions requirements. However, the Supreme Court said she did not have the power of attorney or any other authority to do so. She was signing as a family member and not as a POA.

Because of this, she is not bound by the arbitration and the circuit court’s order compelling her to pursue a wrongful death action through arbitration has been remanded.

Stephan, on behalf of her father’s estate, sued the Millennium Nursing and Rehab center following her father’s death in 2015. The facility moved for the enforcement of the arbitration agreement and Madison Circuit Court agreed this past February, when it granted Millennium’s motion to compel arbitration. The state Supreme Court found that Hicks had been too incapacitated to enter into any legally binding contract, when he was admitted, and that Stephan had signed the agreement as a family member, not as a power of attorney.

There were dissenting opinions, including one from Justice Sellers, who said that Hicks had the legal authority to bind her father to his arbitration agreement and she did not object to his absence when she signed the paperwork admitting him to Millennium. She should not have the ability to wear both hats: that of a person with power of attorney and that of a family member.

It’s an interesting dilemma. If a family member has power of attorney, which is frequently the case, and they sign all the admission papers to have their family member admitted to a care facility, in what capacity are they signing those papers?

This is another example of the importance of working closely with a qualified attorney, in preparing for the legal hurdles that occur during the final years of many people’s lives.