« Keep These Facts in Mind as You Plan for Retirement | Main | Happy Thanksgiving! »

How to Cope When the Diagnosis Is Dementia 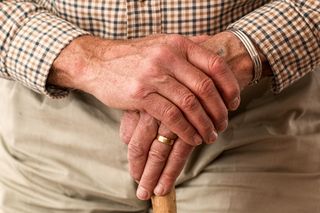 “A key to prolonging independence, participants told her, is to recognize the triggers that aggravate her symptoms and to adjust her routine to head them off.”

A diagnosis of early onset Alzheimer’s is life changing. The story of a busy workaholic sales executive, as detailed in the article “Leading an Active Life with a Diagnosis of Dementia” from The New York Times, has no happy ending. However, it does point to a way forward.

The number of people with Alzheimer’s disease who are 65 and older is expected to soar to 7.1 million in 2025 and 13.8 million in 2050. That’s an increase from today, when 5.5 million suffer from the disease, according to the Alzheimer’s Association. Add to that 200,000 people younger than 65 who are estimated to have the disease, and that is not counting those with dementia from vascular disease, Lewy body, and other kinds of dementia.

There is the possibility, however, that people in the early stages of the disease can still pursue fulfilling lives. They must, however, make plans immediately for future care.

The first step is to create a team of professionals, including an estate planning attorney, the physician, a geriatric care manager and a financial planner. Trusted family members should be in on all planning to coordinate and oversee their work.

The challenging legal question is if a person with a diagnosis of dementia sign legal documents? These necessary documents include financial and health care powers of attorney, as well as a will. The person’s attorney may need to seek a clinical evaluation to determine whether the client still has the decision-making skills to permit them to sign documents.

It is necessary to act quickly, because most types of dementia progress over time. Having the person evaluated won’t preclude anyone from challenging the documents but it is a strong step in their defense.

An advance health care directive must also be prepared. This typically provides guidance on end-of-life treatment. A person with dementia is capable of living a very long time with their condition. It would be wise to have them involved with the preparation of this document, as well as the decision-making process, while they are still cogent. Instructions can include details, like what they think they would want in terms of care setting or caregivers.

Planning to pay for long-term care is an important part of planning for a long life with dementia. For some people in the early stages, it makes sense to protect assets from long-term care costs. Medicaid, financed by state and federal governments, pays only for people with limited assets while state laws vary. This is an area where you need the help of an elder law attorney. Planning must also be done soon after diagnosis, since there is a five-year look-back for gifts and other penalties, if planning is not done on a timely basis.

Many Alzheimer’s Association chapters offer support groups and socialization for patients and caregivers. This is not a journey you want to take on your own and you don’t have to.

Reference: The New York Times (October 5, 2018) “Leading an Active Life with a Diagnosis of Dementia”