« For Snowbirds, Estate Planning Is Needed for More than One Nest | Main | Should I Help My Aging Parents Manage Their Investments? »

Boomers Come Up Against One Thing They Can’t Push Back On: Aging 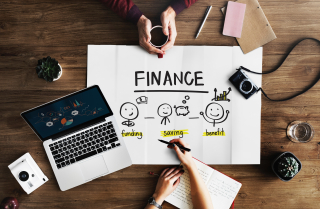 “The vast majority of older working Americans don't have sufficient savings to retire full-time at age 65 with their pre-retirement standard of living. That's one of the sobering conclusions from the recent Sightlines report issued by the Stanford Center on Longevity (SCL).”

Boomers have always been proud of how they redefined many aspects of American culture. However, there’s one thing they can’t change: the inevitability of aging and death. A recent study from the Stanford Center on Longevity, reported by CBS’s MoneyWatch in “Tough retirement realities for baby boomers,” says that workers approaching retirement will either need to work past age 65, reduce their standard of living or some combination of the two.

This is going to take some soul-searching and adjusting for boomers, their families and employers.

Here’s a reality check for you: If you have $290,000 in retirement savings, you can expect to generate about $11,900 in annual income, based on a 4% annual withdrawal. Next, add in Social Security benefits. But that’s no panacea.

This is far less than the commonly recommended retirement income goal of 70 to 80% of your working income.

Are boomers making up for lost time, by accelerating their retirement savings rates? Not according to this study, that shows they aren’t even putting away the amounts they should have been putting away all along.

The SCL study summarized two analyses that suggest the amounts that boomers should be saving and compares those amounts to what boomers are actually saving.

The Boston College Center for Retirement Research says that workers who start saving at age 25 and want to retire at age 65 should save 10% of their income during those years.  However, only 36% of all workers who have a retirement plan through their work actually contribute 10% or more.

Workers who start saving at age 35 and retire at age 65, should be saving 15% of their pay. However, in actuality less than 20% are contributing this much through their workplace retirement plan.

Boomers who come up against the hard realities of retirement, are likely to do what they have done all along—redefine this next stage of life.