« Take These Steps to Get Ready for Year End Finances | Main | Why Do So Many Pastors Pass on Estate Planning? » 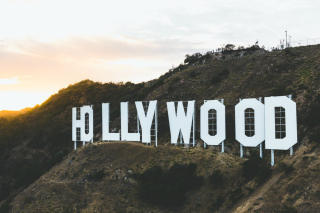 “As if dying isn't bad enough, imagine your ex (your no-good, lying, cheating ex!) rolling in all the money you left behind. Your beloved family could also be fighting it out in court to get what they can. Time to update your estate plan, right?”

Outdated documents, beneficiary designations and other estate planning mistakes can keep your heirs tied up in court for years, with your estate consumed by taxes, penalties and legal fees. This is not to mention the frustrating scenario of people you didn’t want to receive your assets, ever, getting the lion’s share of your estate.

That, says Kiplinger in an ar
ticle titled “6 Estate-Planning Mistakes Celebrities Made,” could happen to your family, if you don’t update your estate plan on a timely basis. Making sure that your assets and prized possessions end up with the right people requires more than just having a will created. Many accounts have designated beneficiaries, like IRAs and 401(k) accounts, and insurance policies. If the person designated to be a beneficiary is an ex-spouse or a family member from whom you’re estranged, then it won’t matter: the named beneficiaries supersede anything contained in your will.

Just as everything about celebrity lives is oversized, so are their estate planning mistakes.

With no will, Prince died intestate. A judge in Minnesota made the decisions about his assets and there were significant delays due to people who claimed to be his heirs. It has been two years since his death and heirs have yet to receive their inheritances.

Singer Barry White died in 2003, while he was separated but not divorced from his second wife. She inherited everything. His live-in girlfriend of several years and his nine children received nothing. The legal battle got ugly with his girlfriend, daughter and son all filing lawsuits. Until you are legally divorced, you are still married, as far as your estate is concerned. Update your will, your financial and healthcare power of attorney and check your beneficiary designations. Don’t wait.

When actor Heath Ledger died, his will left everything to his parents and three sisters. His daughter and her mother were left with nothing. His family later gave all the money from the estate to his daughter. Use life-changing events, like the birth of a child, as reasons to review and update your estate planning documents.

Olympic sprinter Florence Griffith-Joyner died at age 38. It was believed that she had a will.  However, no one could find it. The legal battles between her husband and her mother went on for years. Most estate planning attorneys will keep a copy of your will and other estate planning documents on file. You should also keep the original documents in a safe, readily-accessible place and tell at least two people where they are located.

When acting legend Marlon Brando died, he left most of his approximately $26 million estate to his producer and other associates. A long-time housekeeper said that Brando had promised to give her his home when he died, but he never put it in writing. She sued the estate for the value of the home plus $2 million in damages. The case settled three years later for $125,000. If you are making promises to people that you wish to take care of, put those in writing.

Pop icon Michael Jackson’s death set off a long series of legal battles over his estimated $500 million estate. He had created a revocable living trust designed to pass his wealth to his children and his mother when he passed.  However, he never funded the trust. His entire estate had been left outside of the trust. That meant that it had to go through the probate process, while his children and mother lived on an $8 million annual allowance managed by the estate’s executor and a judge. There were also many legal challenges from creditors and family members.

Estates of celebrities and “regular” people can avoid all of these mistakes, by creating and updating their estate plans, with the help of a qualified estate planning attorney.