Buzz Aldrin, Second Man to Walk on the Moon, Is Fighting Back 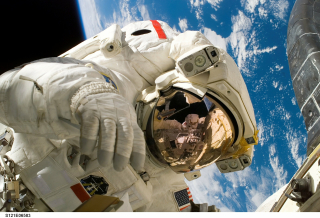 “The 88-year-old astronaut, who participated in the historic Apollo 11 mission in 1969, is in the midst of a legal battle, since his family claims he has dementia and is vulnerable to manipulation.”

With his family claiming that he has dementia and is vulnerable to being manipulated, Buzz Aldrin has filed a lawsuit accusing two of his own children and his former manager of taking advantage of their roles in managing his assets. He says the Buzz Aldrin Space Foundation is using its resources against his wishes, by funding “future educational endeavors” instead of current ones, according to an article in MarketWatch titled “Buzz Aldrin is fighting his family’s claim of dementia—revocable trusts can be flawed.”

The lawsuit claims that the family and former manager have forbidden him to marry someone.  It also contends that they are moving money from his accounts without his consent or knowledge, in some cases moving money to his company, Buzz Aldrin Enterprises. His children said in a statement that the allegations are a result of the increased confusion and memory loss he has experienced in recent years.  They say this can be refuted by witnesses and bank or business records. They asked a Florida judge to appoint them as co-guardians because of his reported decline, so they can make decisions on his behalf.

Aldrin has a revocable trust with his son Andrew named as a trustee, which states that Andrew must give written permission before any changes can be made. Aldrin was scheduled to take a competency test in June, although the results have not been released yet.

Revocable trusts are great tools to avoid probate and allow the owner to remain in control while they are alive. They provide flexibility for your wishes after death.  However, they are not always the best protection, because that’s not what they’re designed to do while the owner is alive and in control.

In the best situation, the family sits down and has a conversation, while the person is still fully functioning. This allows them to be part of the decision-making process. The challenge with dementia is that the person may not be aware of the prior agreement.

Reference: MarketWatch (July 2, 2018), “Buzz Aldrin is fighting his family’s claim of dementia—revocable trusts can be flawed.”