The Michael Jackson estate has seen so much litigation that it should probably get bulk discounts for court and lawyer's fees. The latest litigation has the estate suing the Walt Disney Company. 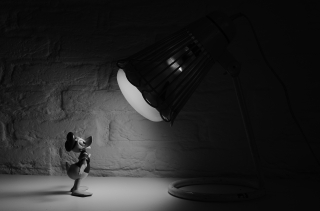 There might never have been a more contentious estate than that of Michael Jackson. Every few months, just when it seems things have died down, the estate is back in the news because it has been sued or is suing someone itself.

The latest case is over a documentary produced by the Walt Disney Company. In the documentary, footage of Jackson's children was used and short clips of two of his songs were also included. The estate claims this is copyright infringement and that Disney did not even ask permission to use the material.

Disney claims it did not need permission, because it was making a documentary. TMZ reported on this case in "Michael Jackson Estate Sues The Walt Disney Co. You've Got Balls For Exploiting MJ's Kids!!"

The estate does have a duty to protect any copyrights entrusted to it. If someone were to make a movie and use an entire Michael Jackson song in it, then the estate would need to file a lawsuit, if the song had been used without permission. However, in this case the estate might be a little overzealous.

Copyright does allow for the use of material without permission, if that use falls under the fair use doctrine. Doctrine normally does allow for short clips of material to be used and more material can be used, if it is done for educational purposes.