Getting Comfortable with Death 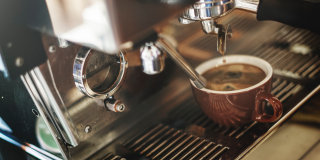 We are all going to die. However, most of us would rather not think about it. Getting more comfortable with the idea has benefits.

Americans do not generally like to think about death. It does not matter if it is their own death or the deaths of people they know and care about. They certainly do not want to think about it ahead of time. They know it will happen.  However, anyone who does think about death and seems to enjoy doing so is definitely seen as odd.

This likely is not just an American phenomenon but one we share with most cultures. However, when we do not think about death, we do not prepare for it. We do not get estate plans. We do not get emotionally ready for the death of loved ones who are sick and expected to die soon. This makes handling things more difficult when death does happen.

The New York Times recently reported on one funeral home that has a unique way to get people to talk about death in "New York Today: A Sunny Day at the Death Cafe."

The idea is a death café.  This is a place where people can come together and talk openly about death and whatever else they want to talk about. They can ask questions and get opinions from other people. The idea works because nothing is being sold or otherwise pushed at the meetings. It is just for people to talk and maybe drink a cup of coffee.

If you do not have a death cafe in your area, that does not mean that there is nothing you can do. Think about what you want for your family after you pass away and then get an estate plan that accomplishes your objectives.