Will Challenges in Canada 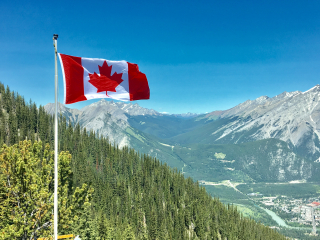 Contests over wills are increasing in Canada just as in the U.S. Despite there being several ways to successfully contest a will, it is not an easy thing to do.

Part of the population in the U.S. has seen continually rising wealth in the last few decades, while other parts of the population have not. In the process, one trend has emerged and that is that there are more wealthy estates that people deem worthy of fighting over.  As a result, more wills are being contested in court by those who do not believe they have been left the inheritances they deserve.

The U.S. is not alone in this trend. The same thing has been happening in Canada, as The Globe and Mail reports in "Left out of the will? Here are your options."

The options for challenging a will in Canada are very similar to those in the U.S. There needs to be a good reason why the court should disregard the will and distribute the estate differently.

A common reason is by citing undue influence. That is the allegation that someone has inappropriately influenced another who has diminished capacity of some sort to create a will for the benefit of the influencer. It is not an easy case to prove, but it is possible to do so.

In the U.S. and in Canada, not just anyone can challenge a will. Only people who have a financial interest of some sort in the estate can make the challenge.

If you want to challenge a will, the first thing you need to do is visit an estate attorney. The attorney can evaluate your claim and let you know whether it is a good idea to proceed with a challenge.