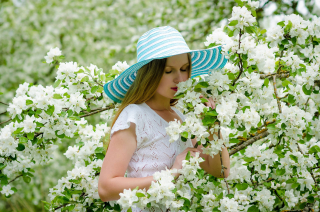 The earlier dementia is diagnosed in a person, the better.

Early diagnosis allows professionals to develop treatment plans that will slow dementia's progress. It also lets people who have the disease to make end of life plans, such as advanced medical directives and estate plans, before they become unable to do so.

However, diagnosing dementia at the early stages is not always easy. This is because many of the signs of dementia are common in everyone as they get old. For example, people often start forgetting things as they age, but that does not necessarily mean they will all get dementia.

Researchers have now discovered a new sign of possible upcoming dementia, as The New York Times reports in "Poor Sense of Smell May Signal Dementia."

In a study of women, subjects were asked to identify five distinct smells, including leather, fish and roses. How they performed at identifying the smells was found to correlate with whether they later got dementia.

That does not mean that everyone with a poor sense of smell will get dementia.

How this research can be applied in the field is not certain.

It is another useful piece of data for scientists, as they attempt to better understand dementia and how to detect it early.