« The In-Law Problem | Main | Estate Planning Is an Ongoing Process » 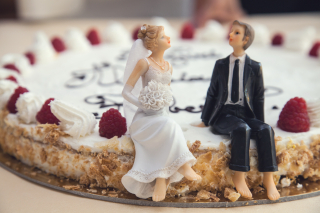 Prenuptial agreements are a great way to set the terms for what will happen if a couple ever gets divorced or when one of the spouses passes away. They are meant to protect assets when necessary, but they are increasingly being used for something more.

When two people get married, it is not unusual for one or more of them to have much greater wealth than the other. The wealthier person can use a prenuptial agreement to guard against a divorce that strips him or her of too much wealth.

Another common issue is when one or both of them enters the marriage with children from a previous relationship.

They might want to protect against a spouse getting too much of an estate and leaving their children with little to inherit.

Prenuptial agreements are an excellent way to guard against both of these potential problems.

They allow a couple to come to terms beforehand, so everyone is happy.

Prenuptial agreements are now being used to guard against undesired behavior by future spouses.

For example, some agreements now penalize a spouse for cursing, gaining too much weight or hanging out with friends too much.

The problem with these agreements, besides the obvious who would want to marry someone with those types of demands, is their enforceability.

A court is unlikely to enforce an agreement that penalizes a spouse for gaining an extra few pounds over the limits set out in the agreement.