« Considerations for Elderly Widows | Main | Electronic Wills are around the Corner » 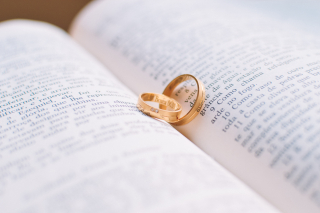 A surviving spouse has the right to an inheritance, in almost all circumstances.

Most people do not want to cut their spouses out of their estate plan. However, there are some people who have built up a lifetime's worth of grievances, have not gotten a divorce and who do try to disinherit their spouses.

This used to be a much bigger problem, when divorces were more difficult to obtain.  However, the issue still persists today.

Fortunately, for surviving spouses, people are not allowed to merely disinherit their spouses.

It is not a simple matter though, as the Times Herald-Record discusses in "A spouse's inheritance rights no simple matter."

The details vary by state, but a surviving spouse has the right to make what is known as a "spousal election." This allows a spouse to elect to receive whatever is or is not given to her in the estate plan or to receive a certain percentage of the total assets of the estate. Commonly, this election is for between one-third and one-half in most states.

The reason for the rule is that people felt there was a duty to care for one's own spouse and that it would be wrong to leave a widow destitute.

There are ways around the law, if the spouses have entered a pre-nuptial agreement, but they are not ironclad.

If you need help navigating the rules of spousal elections in your state, then schedule an appointment with an estate planning attorney who can assist you and make sure your estate plan leaves enough for your spouse.  You can also learn how to take the election, if you are a surviving spouse.