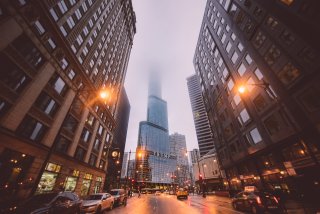 After much anticipation, President Trump released his long awaited tax plan. While there is much for wealthy people to cheer in it, including eliminating the estate tax, no one will want to cheer too much or too soon.

Since taking office, President Trump had been promising that he would reveal a plan for tax reform. He gave very few details about it, except that it would contain some of the biggest tax cuts in history, if not the biggest.

In April, the White House finally released the anticipated plan, although many details are still missing.

The plan, if passed, would be one of the biggest tax cuts in history. Most experts agree that it includes large tax breaks for wealthy people, including eliminating the estate tax and the alternative minimum tax.

Income tax rates on the highest earners would be cut dramatically, as would corporate tax rates.

The proposal does not just cut the taxes of the richest. Some middle class and lower income earners would see tax decreases coming from a doubling of the standard deduction.

The President's tax plan has a long way to go before it is passed.

What was released was a one-page list of bullet points without any accompanying details. It will be up to Congress to determine the details of how to implement the plan.

The list did not indicate how the tax cuts should be paid for, which is likely to displease Republican deficit hawks.

Democrats are also likely to oppose the cuts and might filibuster them in the Senate.