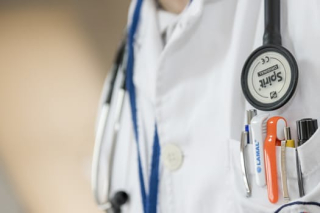 If you have ever wanted to watch a television drama about physician-assisted suicide, you now have your chance.

A normal television show about a brilliant emergency room doctor who kills people in her off hours would probably be a very dark drama about a serial killer, if there was such a show at all.

Normally, doctors are treated on television as nothing but heroic and rarely involved in anything too controversial. However, a drama from Canada now airing in the U.S., seeks to tell a different story.

In this show, the brilliant doctor is killing people who wish to pass away. She moonlights by performing euthanasia, also known as physician-assisted suicide.

The New York Times recently reviewed the show in "Review: 'Mary Kills People,' but It's for a Good Reason."

While the Times review is somewhat mixed, that this show exists at all highlights the changing attitudes about euthanasia.

It was only a couple of decades ago when Dr. Kevorkian was seen as the evil "Doctor Death." Now, many people are taking the idea of physician-assisted suicide seriously.

A few states have recently legalized the practice and many more are considering it as part of the dying with dignity movement, which seeks to allow terminally ill people the choice of when they want to pass away and under what circumstances.

The concept, however, is still controversial since not everyone agrees it is a good idea.

This new television show is certain to draw more attention to the concept and get people talking about it even more.