An Estate Battle over Support for Donald Trump 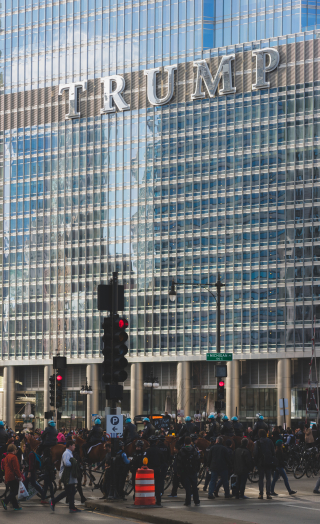 In an extremely unusual case, the children of Phyllis Schlafly are involved in a bitter dispute over her estate that appears to have started when Schlafly decided to support Donald Trump for President.

Throughout the late 20th century, Phyllis Schlafly was a well-known and powerful force in Republican politics. She is often credited with personally defeating the Equal Rights Amendment, when it appeared to be on the verge of passing.

Although she had faded away from the public eye in recent years, Schlafly remained an important figure in Republican circles until she passed away in 2016. When she endorsed Donald Trump for President during the 2016 primaries, it might not have mattered to the general public, but it did matter in the Republican operative world.

It also appears to have mattered to her children and her estate, as the St. Louis Post-Dispatch reports in "Schlafly daughter alleges brothers sabotaged her inheritance in ongoing family fight."

Schlafly's endorsement of Trump created a rift between her sons, who supported the decision, and her daughter, who opposed it. The daughter claims that the decision was influenced by Republican political operative Ed Martin.

Since Schlafly passed away, Martin has been creating political action committees in her name to support Trump and the daughter has attempted to stop him. She also claims that Martin and her brothers unduly influenced their mother to change her will in their favor and to make it more difficult for the daughter to challenge the will.

This is disputed by the sons.